The Beauty, her Handsome Fiancé and the Fur-Beast ~ Anita and Joe’s Engagement Sneak Peek

Last night I ate ice cream so you know it was a great eveningand there was a dog so I was pretty much in heaven.

Anita and Joe met three years ago in Windsor, Ontario, where Joe lived. Anita was visiting her godmother and met Joe at the fruit market his family owned. Fast forward a few years and Joe moved to Ottawa to be closer to Anita. They were engaged on Christmas Eve last year and will be married in Windsor in September! 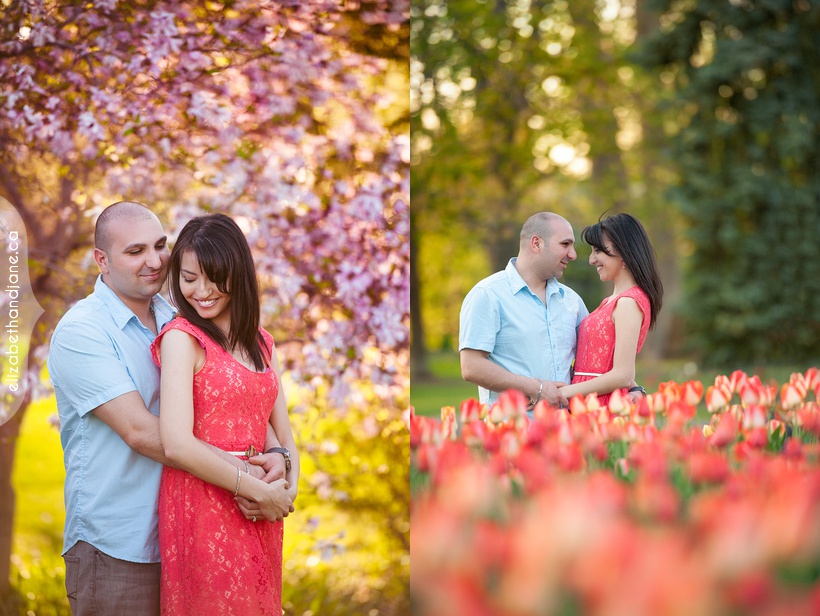 I had such fun with these two, and of course, their dog, Milo, as well. Milo was VERY excited and my first glimpse of him was a blurry streak as he broke loose from his leash and ran after a squirrel and almost all the way up a tree!

Once I showed him the treat stash I had though, we were best friends and he showed me all of his tricks to earn them.

Milo is a mix between a Cavalier King Charles Spaniel and a Chihuahua – crazy mix! I thought he was a Beagle! 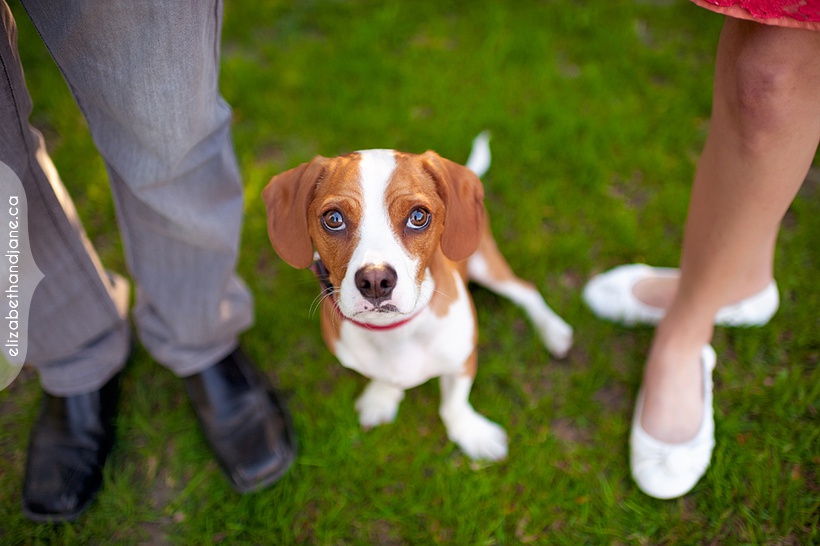 Milo looks very focused hereit’s a bird that’s over where he is staring. 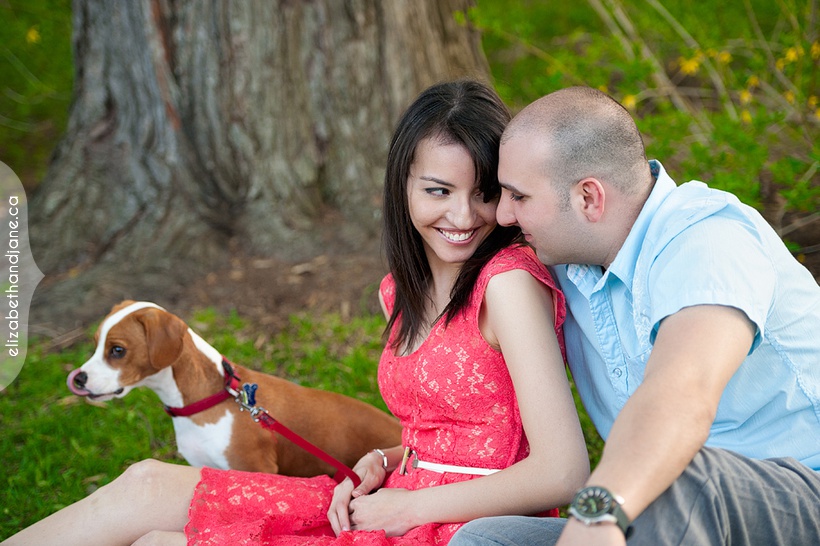 Anita and Joe’s first date was at Coldstone Creamery inside of a Tim Hortons, so that’s where we headed! 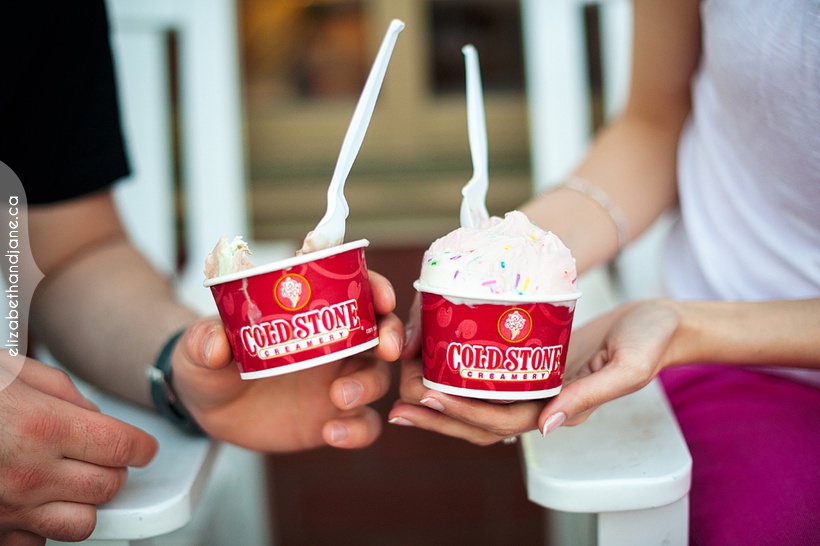 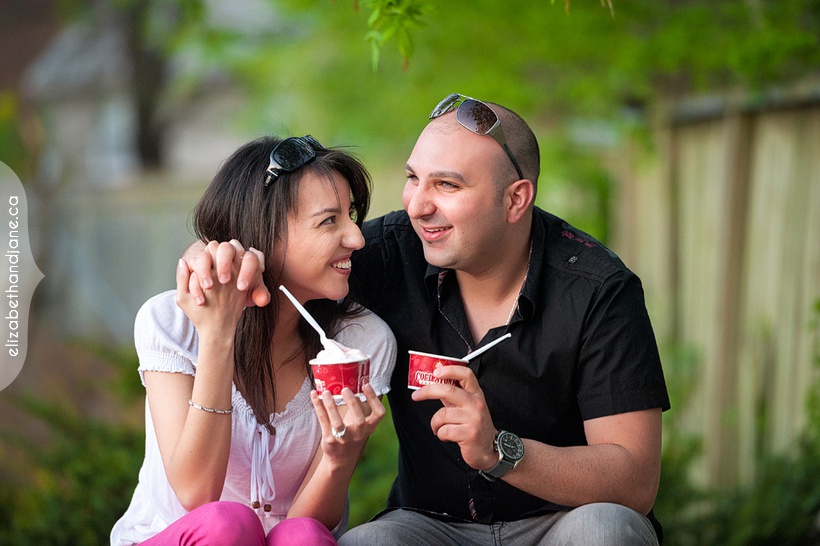 Anita has a special love for all things Disney. Their wedding will be themed around Beauty and the Beast so I made sure to incorporate aspects of that into their ring shot. 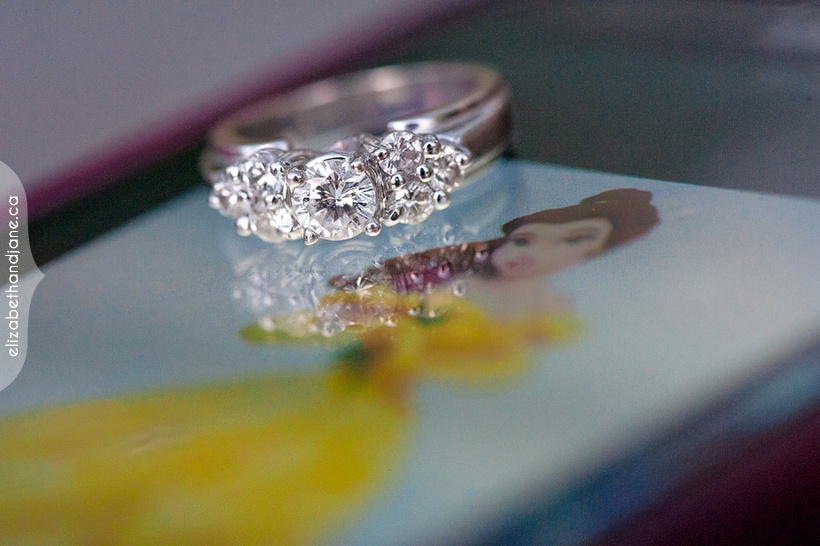 A special thank you goes out to Anita’s sister, Jacquie, for coming along to help out with Milo, despite her very bad allergies! Thank you Jacquie!!