It is now officially a tradition that I photograph some adorable dogs on Canada day! Last year I had an awesome session with Gus the Vizsla, and yesterday I had a blast with Cookie, Barley, Mickey and Jersey..oh and their humans too!

When I first spoke with Holly about photographing her three dogs, she told me that two of them were darlings, and the other was a bit of a devil – in fact his nickname is Bad-A$@ Barley. lol. Needless to say I was prepared for a really tough time with these guys and was ready for the challenge.

Boy was I wrong! Barley was such a poser and was at my side the entire session showing me how pretty he can sit, and how well behaved he is! These four were such a dream to photograph and were on their best behaviour as each tried to out-model the other!

This sign hangs in their yard and fully describes what the family is all about. They have such an incredible bond with their dogs – it’s wonderful. 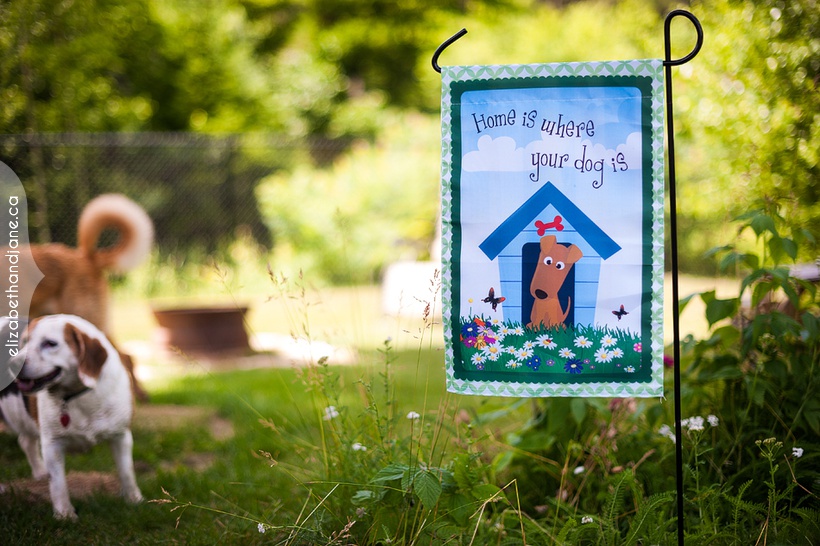 Cookie is a lab-golden mix and is the big sister of the bunch. I just love her spotty tongue!! 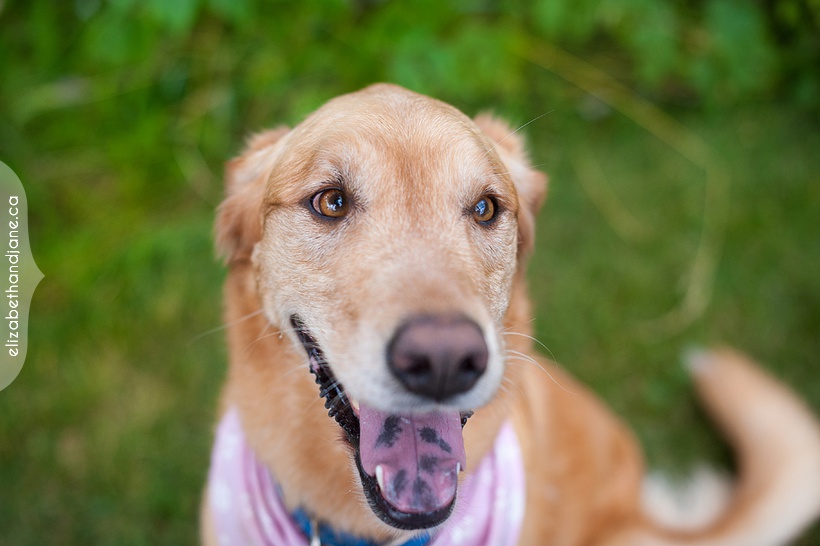 The aforementioned Barley, who was very into the session. This was the FIRST frame I shot. First!! 1 photo into it and he was already a rock star. 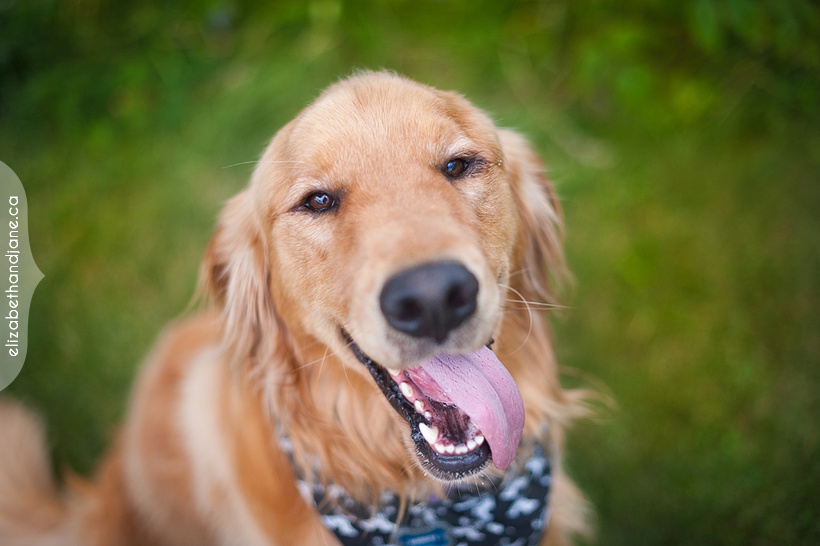 Sweet Mickey. Barley and Mickey are litter-mates, even though they are completely different colours. This guy is such a loving dog. We had lots of hugs. 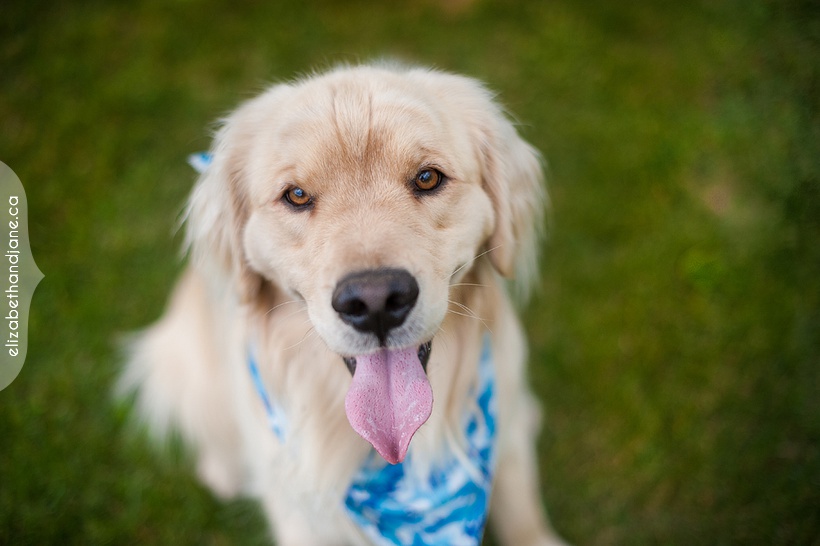 And last, but definitely not least, is Jersey, the grand dog. Jersey is a beagle who was very unsure of me at first, but not to worry – we were besties by the end of the day. 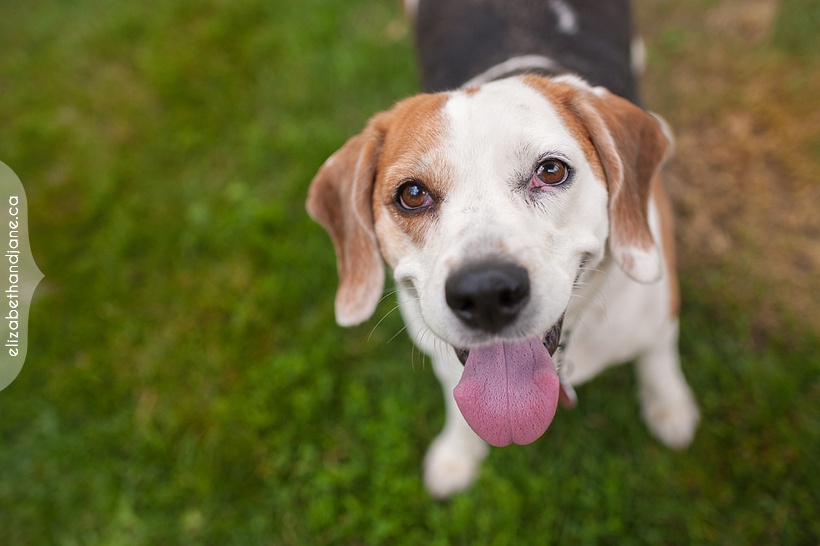 One of the dogs’ favourite things to do is go swimming. This session was originally scheduled for the fall, but Holly asked to move it up because she wanted to capture the dogs doing what they love best! 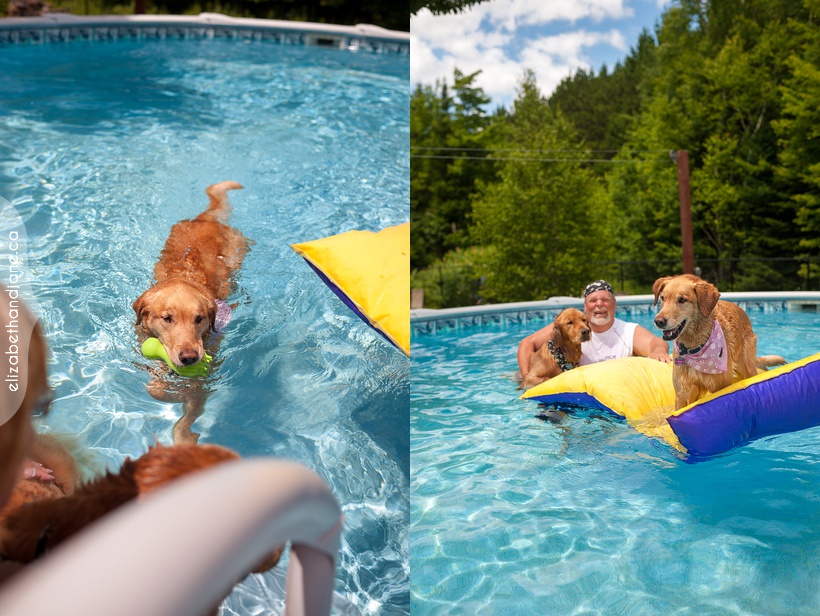 We thought it couldn’t be doneall three in the same picture! A bit wet, but still wonderful. 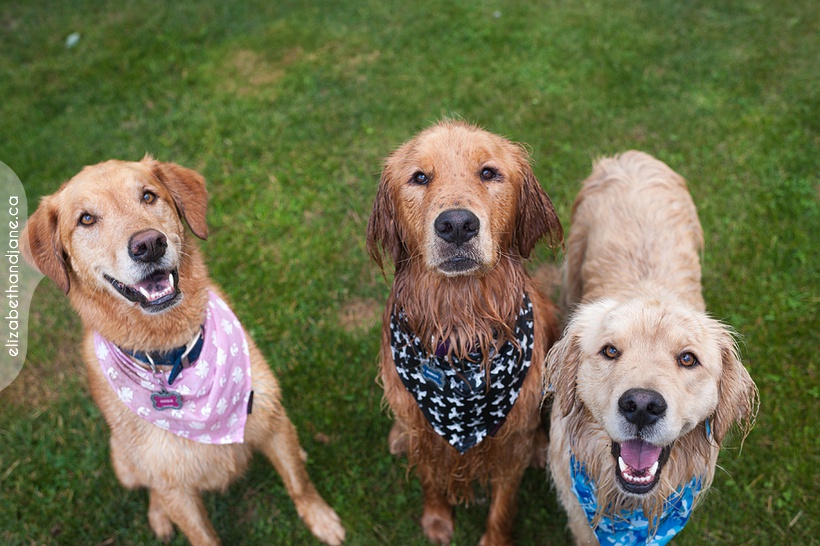 What a great dog session!

You truly are amazing Liz. We absolutely love all of these pictures. I can see that we will be having difficulty choosing......so we may just have to have them all. LOL. What I would like to mention is how amazed I was that you seemed to know each dogs personalities right from the start and handled them accordingly. You are the female version of the dog whisperer. We are already talking about doing this again.........Barley has told us he misses you ?. It was a great Canada Day.....thank you Liz!!! Xoxox Holly, Hal and the Pupperonies

first: I want that sign. second: I totally LOVE that last picture of the three of them. third: I can't wait to teach Sonnet how to swim - look how happy those dogs are!

Hi Jane....I just purchased that flag at Petsmart on Innes they were all on sale. Liz totally rocked this session and now has a new boyfriend.....so long as they treats keep coming. As long as they are swimming everyone is happy!