Addison and her Squeaky Shoes

Meet Addison. Addison is a special girl and her journey began far before she was even a twinkle in her parent’s eyes.

Karma and Adam were in the beginning of their relationship, blissfully falling in love and enjoying getting to know each other. Karma was finishing her degree at journalism school and was about to embark on a solo 2 month trip to Australia and New Zealand and the two were trying to figure out how keep their romance alive while she was off seeing the world.

Then it happened. Something you never want to hear. Cancer. Karma was diagnosed with non-hodgkin’s lymphoma and only a month into their relationship, Karma and Adam had to make a decision. They decided to preserve Karma’s fertility by freezing embryos. Pretty amazing.

Well I promise it gets even more amazing. After beating cancer, Karma and Adam got married and bought their first home together. After a few years they decided they wanted to expand their family and so began the most incredible journey. Treatment for the cancer had left Karma’s body unable to carry their own child, so her sister stepped forward and offered to be their gestational surrogate. After being frozen for five years, the embryos were implanted into Karma’s sister and nine months later, Addison was welcomed into the world with many loving hearts and arms. Karma documented their incredible journey on her blog, She’s Having Our Baby. Check it out to read all about the pregnancy and the first two years of Addie’s life.

I can honestly say that never has a child ever been more loved, and more wanted, in this world. Addison is the centre of her parent’s world, and she lights up every room she walks…err I mean runs into. The journey that took more than six years resulted in a beautiful baby and a wonderfully happy family.

Jane and I met with Karma, Adam and Addison (and their furkid – Quincy) in Toronto on Easter Weekend to document their family, and their love. We started in their home and then headed to the Distillery District and got some great urban shots. Any photographer who has been to the Distillery District knows that it is filled with so many amazing little nooks and crannies to photograph in. We got some great shots and I am so happy to be able to share them with you.

And now, the beautiful little girl this whole journey was for. Meet Addison. 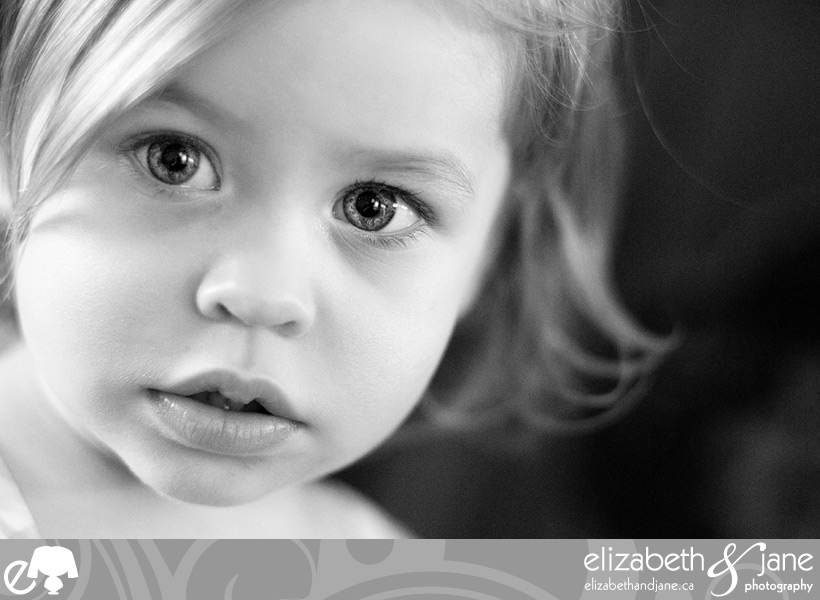 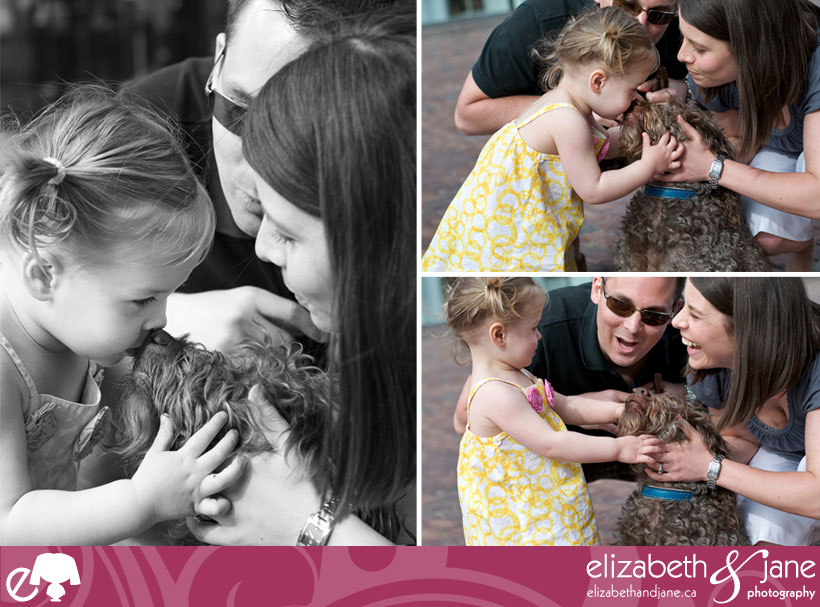 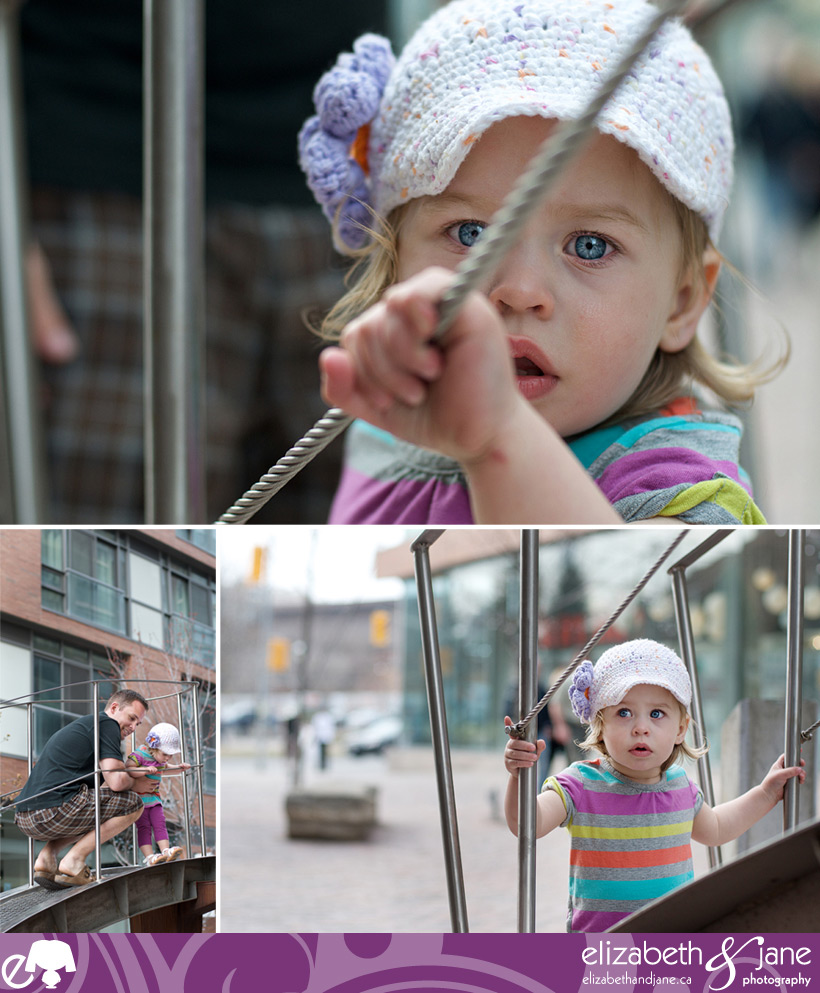 Addison loves to run and it was made more fun by the fact that her shoes squeaked! She ran up and down the cobblestone roads at the Distillery District and even though she had a few falls, she always got up and kept on running. Nothing can stop her! 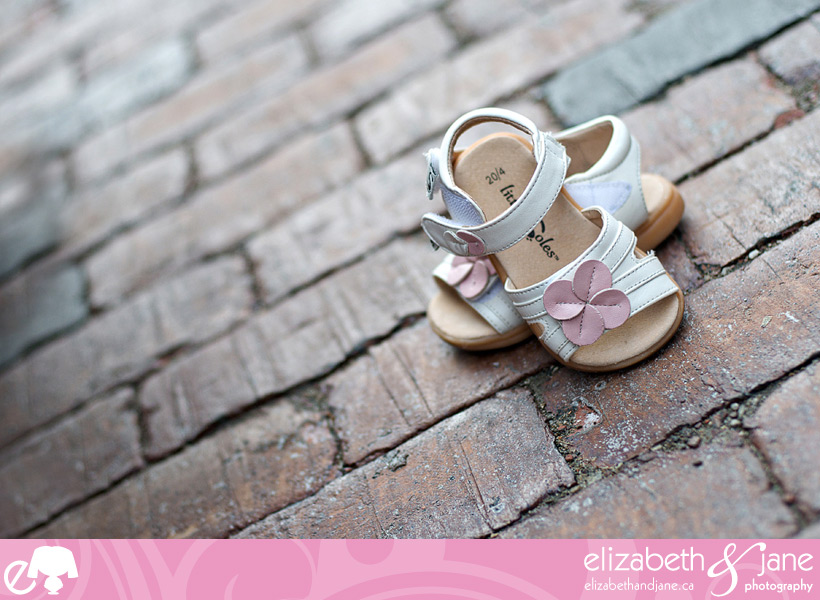 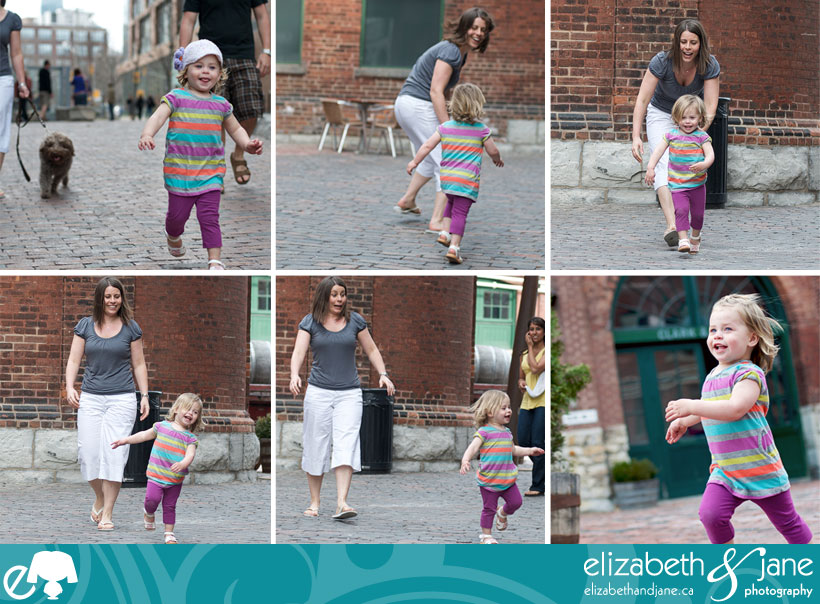 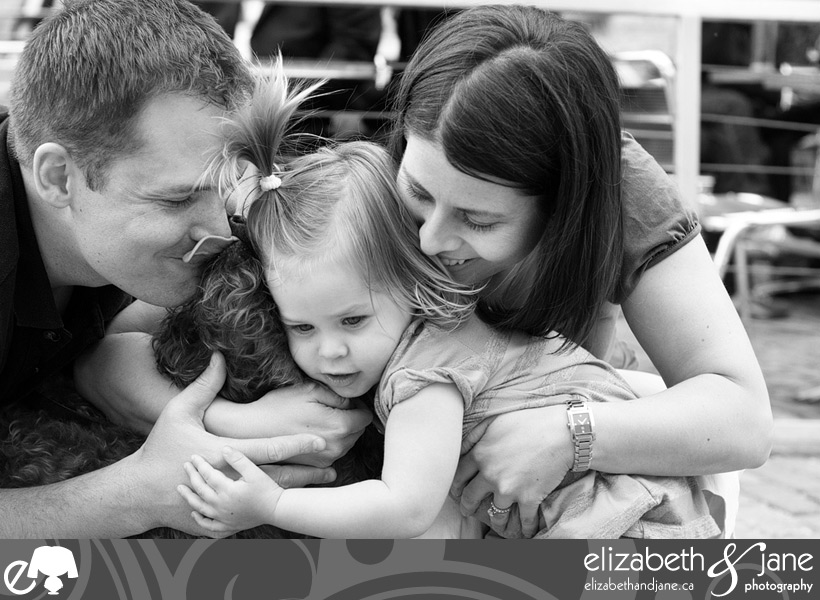 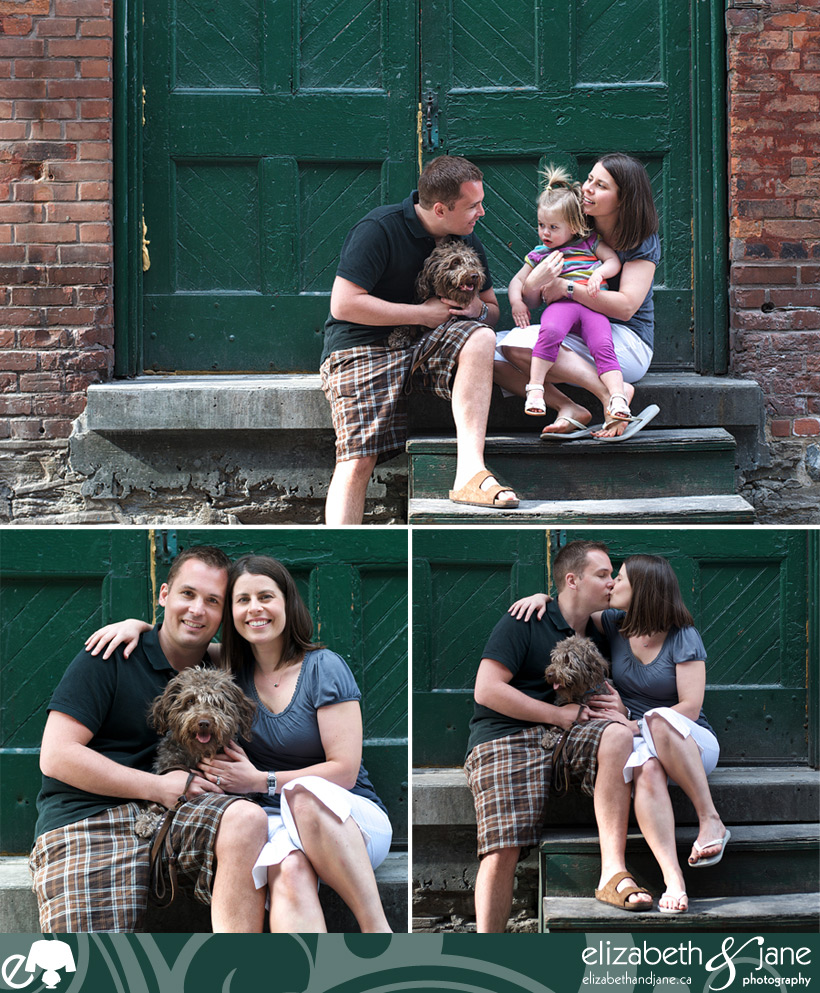 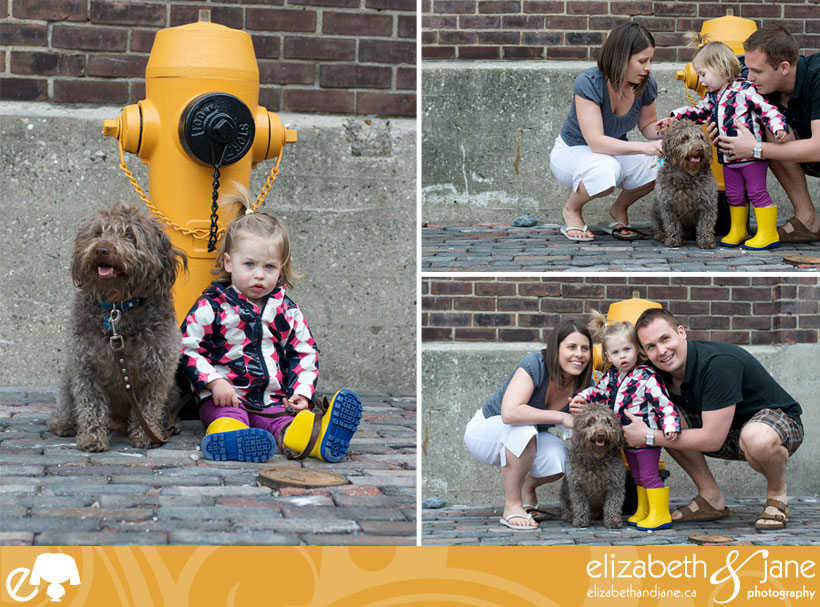 By the end of the shoot, Addie became quite the model. She kept posing and walked over to this brick wall and just waited for us to take her picture. It was adorable. 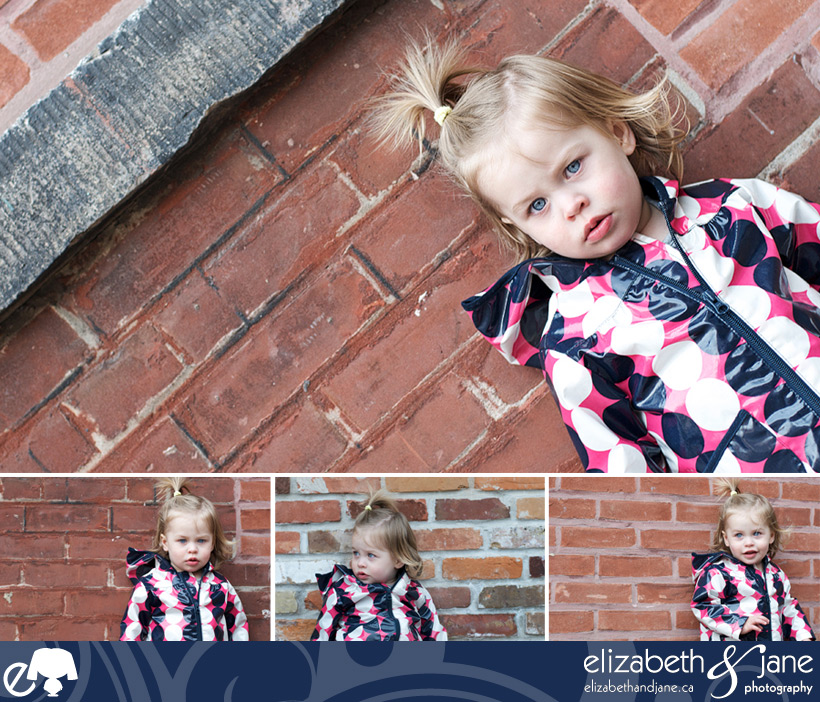 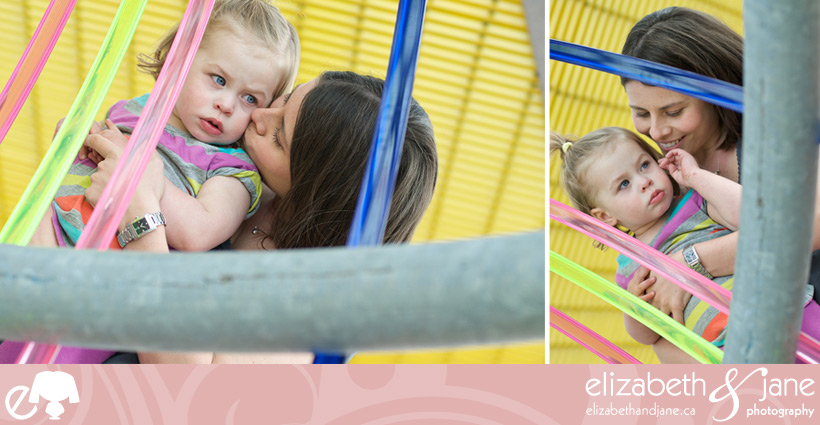 Here is the furst child, Quincy the labradoodle. He is such a good dog and he and Addie have such a beautiful relationship. He loves her so much and it’s apparent in the fact that he always watches where she is – if she is away from him he anxiously awaits and watches until she comes back. 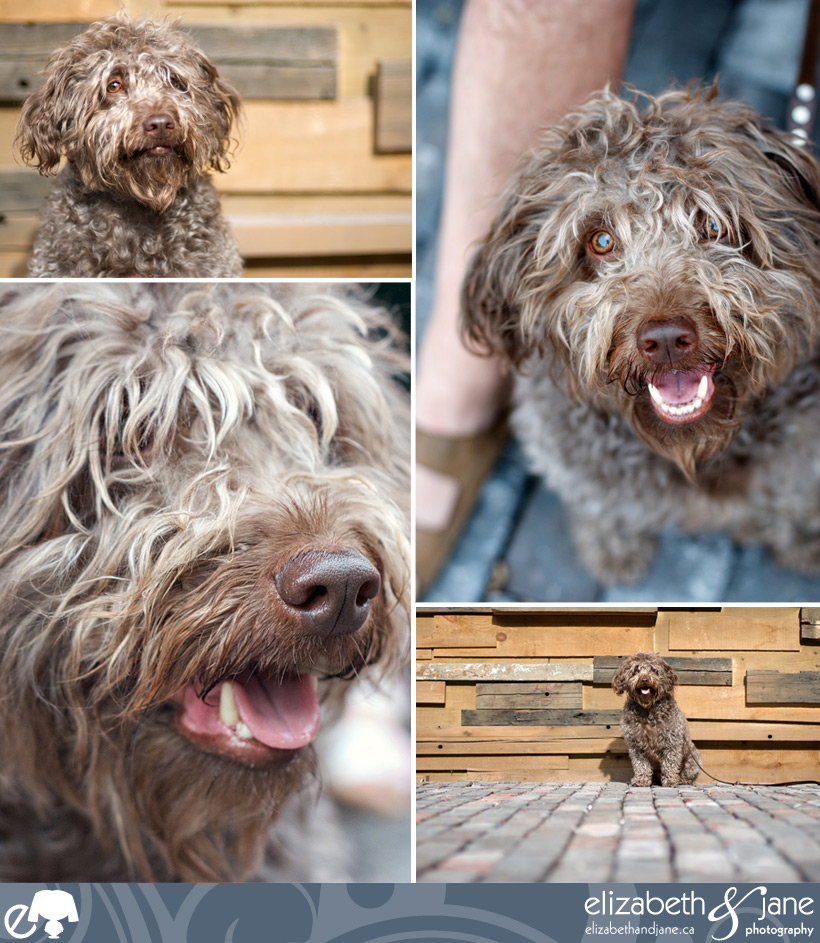 And this one I thought was a beautiful ending to this post. Daddy’s little girl. 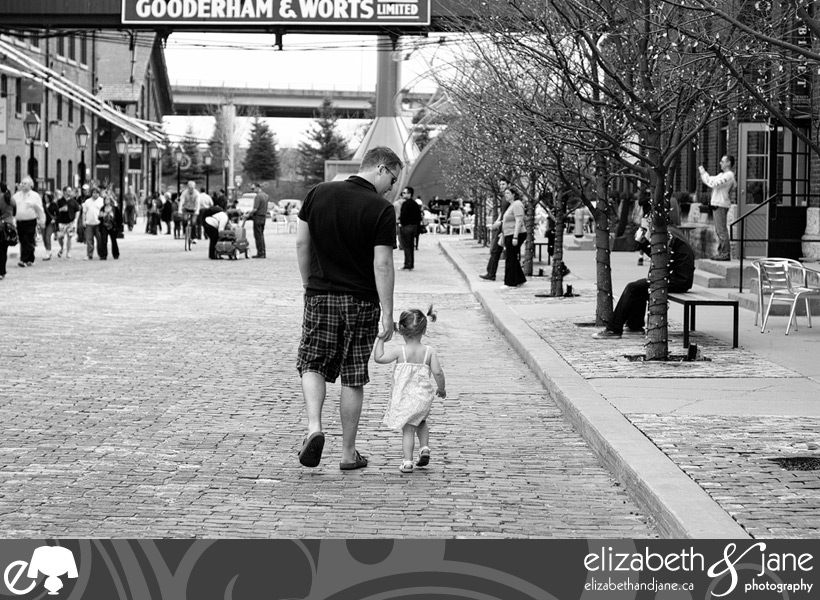 Liz, this might be one of my favourite posts from you yet!! Gorgeous work to go along with a beautiful story. It's hard to pick a favourite but I LOVE the black and white of them all snuggling the dog.

Thanks so much Jenn - we had so much fun doing this shoot!