Aperture vs. Lightroom ~ Why I chose what I did

When I first started out in photography I wanted a program that could be dedicated to archiving and handling my files in an easy and comprehensive way. The options for me on a Mac were either iPhoto or Apple’s higher end photo editing suite, Aperture. I looked into Aperture’s features and decided to go with it. At that point, Aperture’s now biggest competitor, Lightroom, didn’t event exist yet.

Fast forward to today and I am still using Aperture. This isn’t because I haven’t tried Lightroom, I definitely have, but I chose to stick with Aperture for some key reasons. 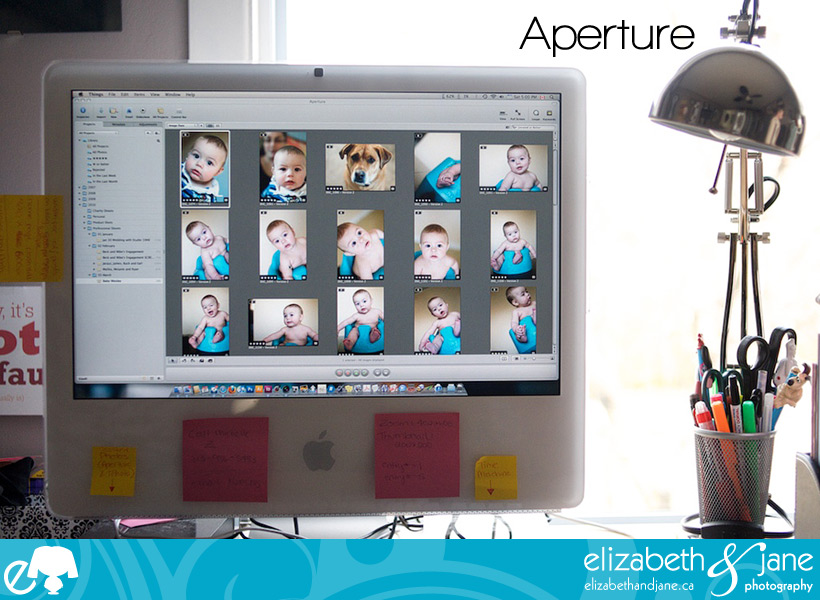 One of the first reasons why I considered switching to Lightroom has nothing to do with the program itself, and everything to do with a company I have a ton of faith in. They produce fantastic products and when I heard they were releasing presets for Lightroom, I started to think that maybe I should consider switching. At that point, Lightroom had many features, such as the presets, that Aperture did not. The company that made me waiver my commitment to Aperture is Get Totally Rad.

Many photographers will already be familiar with the Totally Rad Actions for Photoshop. I personally cannot live without them. I use at least one of their actions on every photo I publish. They are stellar, extremely well made and worth every single penny in my opinion. And it was because of this awesome track record with the Totally Rad Action Sets 1 and 2, that when I found out they were releasing Lightroom presets, I actually gave Lightroom a try. 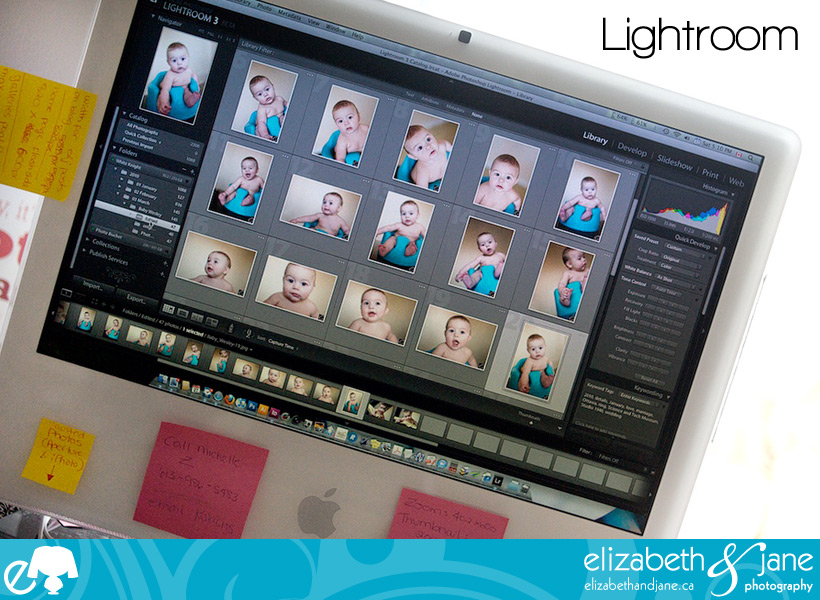 I read tons of literature and watched way too many tutorial videos about Lightroom and got pretty excited to try it out. It sounded awesome so I downloaded Adobe’s Free Trial to see what I thought. At first I played around with the presets and thought they were pretty cool, until I realized that I really wanted them to behave like Photoshop layers. I found it a bit difficult to navigate around and kept trying to make it look more like Aperture, in the way it displays how the files are organized.

Aperture stores its files in a very different way than Lightroom. Apple has created a self contained “packaging system” that essentially puts all of your photos into one single file. That may sound confusing, but it’s within Aperture that you are able to organize your photos into a very easy file structure. This simple packaging also aids in the backup process. Aperture allows you to back up with one single click to however many “vaults” as you’d like. I am sure there is a way to do this in Lightroom, but I wanted it to be the way Aperture is so the obvious decision was to stick with Aperture.

And that was it. I realized that I wanted Lightroom to be like Aperture as well as wanting it to be like Photoshop so I went back to my first loves.

I was rewarded and reaffirmed a few days after I made my decision with the release of Aperture 3 which brought features such as the presets that I had wanted from Lightroom. I was thrilled!

The only downside now is that Get Totally Rad has put out a statement that they will not be doing TRA Aperture presets, which really sucks but I will still hope that at some point in the future, they might revisit the idea. For now, I am so happy with using Aperture 2 coupled with Photoshop and I am quite confident in my decision.

Photographers: what do you use? Lightroom? Aperture? Adobe Bridge? Photoshop? Something completely different? Please share and tell me why you chose your selected product(s)?

In a few weeks I will be upgrading to Aperture 3 and I can’t wait!!

Great post, I have gone back and forth between the two I don't even know how many times anymore... Now AP 3 is my current choice, but I still use PS CS5 for editing, What I am really trying to decide now is what is the best system to keep track of my Gigabytes of Assets for web development, I think I am going to have to try them both out for this set of tasks, but I am willing to be LR 3 is going to win out, PS CS5 and FW CS5 are musts for DW CS5 integration. Regardless, Awesome blog post, and I love the Stickies, LOL, I always use them instead of the stickies in OS X as I forget they are there....

Thanks for the feedback! Months later I am using Aperture 3 and loving it! I still do major edits in PS5, but they've made it so fluid that I can edit in PS and the it still stores the file in the Aperture Library. One of my favourite new features of Aperture 3 is the fact that you can export a library. I use this ALL the time. I have my main library on an external HD, but if I want to edit away from my desk, I still can by exporting the library, and then reimporting it when I'm done. awesome!